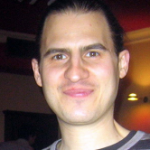 Ümit Aslim arrived in Nepal on 11 February, 2014. He contacted his family the previous day, mentioning that he purchased a trekking ticket for the Annapurna Circuit in Besi Sahar, issued for a 5 days period from 13-18 February. His trekking permit (TIMS) was issued for Annapurna Circuit, but strangely enough he purchased a TIMS card for 5 days only. Ümit's tourist visa was issued for 15 days only and according to Immigration Visa service section in Pokhara, he has not extended his visa. He missed his planned departure date by air on February 21. He had registered at Check Posts between Bhulbule and Humde. He reached Humde exactly on the day when his TIMS card expired. After that there was no further trace of any registration alongside the entire Circuit trek. Ümit's family are offering a reward of 50,000 Nepalese Rupees for the right lead. Ümit also has long black hair that might be worn in a pony tail or bun. If you have any information on his whereabouts please contact his brother Marco on Email:marco@kpp-showroom.de or phone number in Germany 0049 1713341160 Alternative Contacts: Director search operations Mr. Jit Bahadur Masrangi Magar on Email: sardogsnepal@sardogsnepal.asia OR German Embassy in Kathmandu under phone number (+977) 1 4412786 Please share this on social media under hashtag #FindUmit